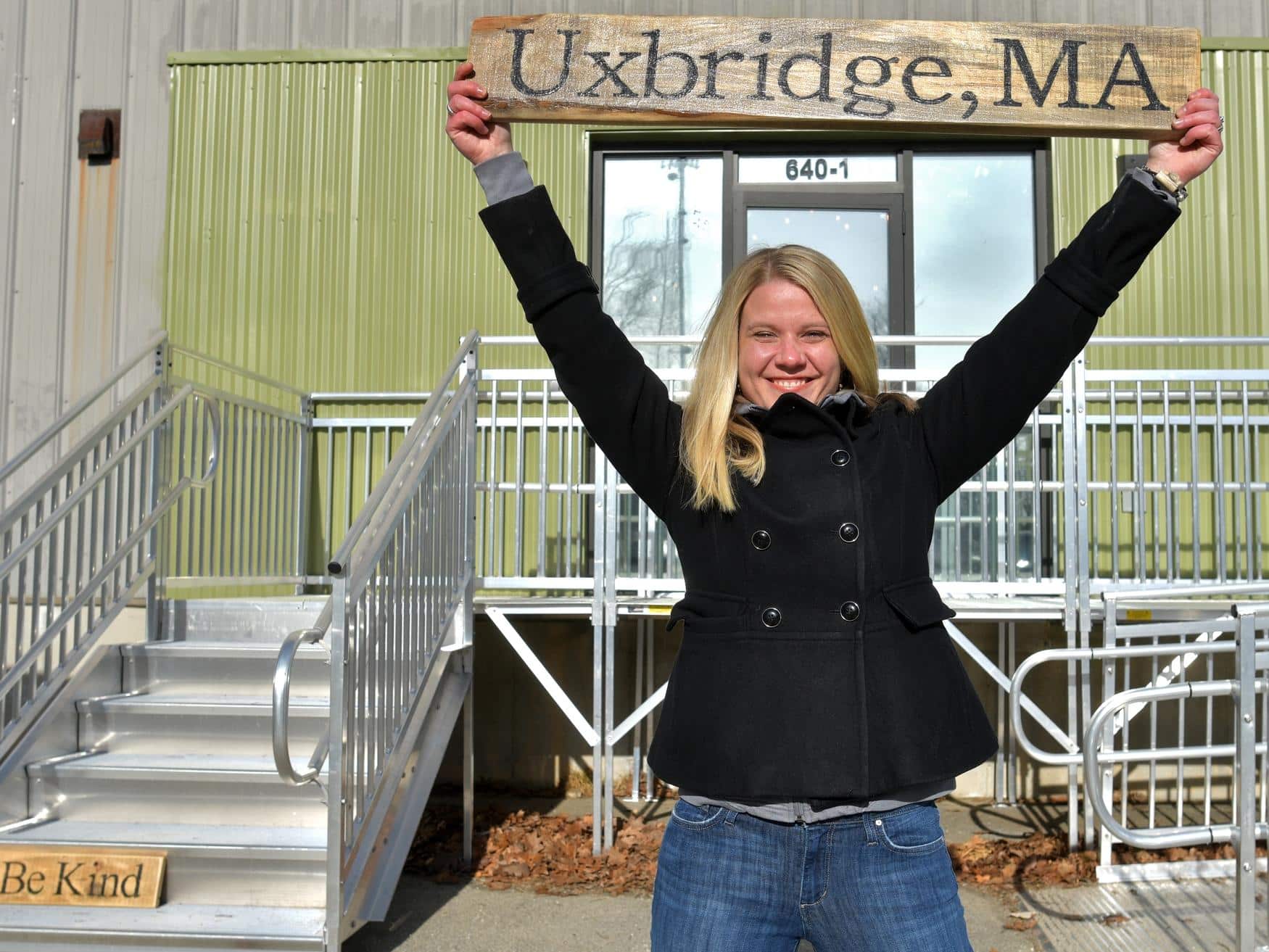 UXBRIDGE — Caroline’s Cannabis, a country-inspired craft cannabis boutique at 640 Douglas St. (Route 16), is the first woman-owned small business and first general applicant retail-only marijuana business in the state to be licensed by the state. The state Cannabis Control Commission gave the OK on Thursday.

Owner Caroline E. Frankel said in an interview she was “over the moon excited.”

Her business’ doors, which are in the rear of the building, aren’t quite open yet. The CCC awarded a final license, but it will still be a few weeks until early March before the CCC gives the final OK to start selling.

But the woman who described herself as “a Massachusetts first-generation recreational cannapreneur,” said, “We are ready to go,” and looked forward to her business’s grand opening.

“This is a big moment for me professionally,” she said.

Opening the high-end cannabis boutique, which will provide cannabis and related garden, home and decorative products, is the fulfillment of more than six years of work by the former stay-at-home mother.

Ms. Frankel, a 17-year cannabis enthusiast, said she is a graduate of the Northeastern Institute of Cannabis and attended Johnson & Wales University for business.

Ms. Frankel said that unlike many of the marijuana businesses in the state, which are represented by consultants and specialized law firms, she navigated the licensing process largely on her own.

The Uxbridge Board of Selectmen voted in April to authorize the town manager to enter a host community agreement with Caroline’s Cannabis, which includes payment of a community impact fee that equals 3 percent of sales revenue, on top of a 3 percent local sales tax and additional state taxes.

Uxbridge is banking on marijuana establishments to bolster its local revenue. The town has signed or is in the process of negotiating nine host community agreements, the town manager reported in December.

In a statement released by Ms. Frankel, she said she intended to continue her efforts in supporting small, women-owned businesses in the industry. She is also committed to supporting programs that address the needs of those disproportionately affected by the drug war, including in areas of Worcester.

In the 11 weeks that recreational marijuana has been available for retail purchase, between Nov. 20, 2018, and Feb. 3, aggregate gross sales statewide totaled $31.6 million, according to the CCC.