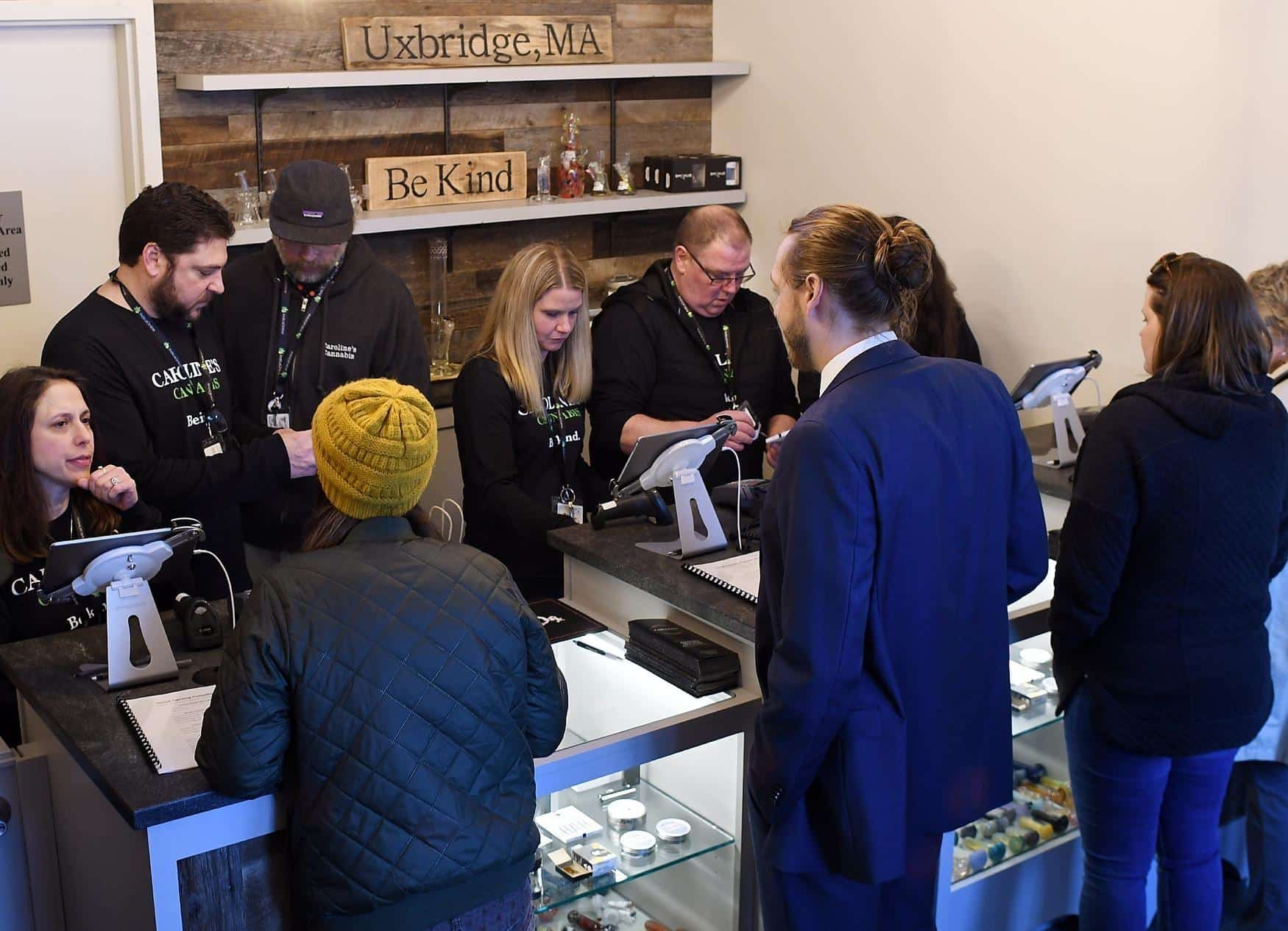 Each of the three signed agreements with marijuana companies planning to open in Hopedale requires those companies to pay the town quarterly fees on top of their taxes.

HOPEDALE – Town officials have signed yet another agreement with a marijuana business.

This week’s deal is at least the third such agreement with cannabis businesses that Hopedale officials have signed this year, and Town Administrator Steven Sette said officials are working with five companies altogether.

In the most recent case, Lifted Genetics plans to open a roughly 10,000-square-foot cultivation facility – meaning it will grow marijuana but not sell it to the public – at 6 Condon Way.

“It’s going to be a smaller facility, more of a craft feel,” CEO David Griffiths said. “We’re not trying to be the big, Coca-Colas of the cannabis industry. We’re trying to be a local-style company.”

The business aims to employ about 35 people once it’s fully up and running, which Griffiths estimated may take a couple of years. He will place a priority on hiring Hopedale residents.

Marijuana businesses are required by the state Cannabis Control Commission to obtain host community agreements from the municipalities in which they will be located, which is what town officials and Griffiths signed this week.

Each of the three signed agreements with marijuana companies planning to open in Hopedale requires those companies to pay the town quarterly fees on top of their taxes.

The company also agreed to kick in an additional $5,000 each year, meant for the town’s opioid task force.

The agreement is good for five years, at which point it can be renegotiated. The town is not limited in how it can use the any of the funds, but is encouraged to use them for infrastructure, public safety, public health and addiction services, and inspectional, permitting and consulting services.

In the case of the extra $5,000, officials must make a “good faith effort” to use the money for the task force.

All three of the signed businesses will work out of the industrial and business parks off Plain Street.

Caroline’s Cannabis, a retail cannabis store that first opened in Uxbridge, plans to open its second location in Hopedale. That agreement was signed last month, and guarantees Hopedale 3% of the business’ annual revenues.

Officials also signed an agreement with another cultivation facility, MACA Industries LLC, this past summer, which is similar to the one signed with Lifted Genetics.

Caroline Frankel, owner of Caroline’s Cannabis, said she hopes to open next June. Opening dates for the two cultivation facilities are not clear.